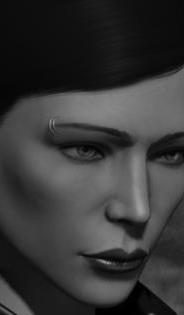 I quit Eve for over 6 months. Between in-game events and coming up on a challenging semester in rl, it was only natural.

I don’t know what made me come back. I had continued training Susan off and on during the 6 month period. After making nearly 25 billions isk through trading in Aggression, I could pay for accounts via PLEXes without really feeling the need to keep playing all the time.

When I came back, I joined a small corporation in Systematic Chaos named Nitro. It was full of old Federation corpmates. Things were never the same, though. Even those in Nitro seemed worn out—bitter old vets.

I did make an acquaintance in Nitro that would prove interesting. A certain Predator Elite. He was an aspiring 0.0 fc, and we became pretty good friends. Months later, I would recruit him to the Amarr militia, something that would probably change that little militia forever.

I soon realized that 0.0 was not working for me anymore. Perhaps Eve in general wasn’t working. I thought about quitting again. Instead, I jumped back into the old Soldiers of Fortune, a corporation from my past. I ran empire wardecs by myself, just trying to see if I liked Eve anymore.

I still remember the one corporation I wardecced. They were so enthusiastic…and so noob. How I loved killing them. How jealous I was of their love for the game.

They would pile up their cruisers and bces against my lone drake. I would tank them so well, I ended up stripping all my mid slots and replacing my tank with warp disrupters—so I could hold onto more of them. They would become infuriated when I killed their entire gang, and undock in noob ships and hurl stones at me. The poor things. I was so cruel.

Then, I wardecced RVB. It proved to be a little more than I could handle, solo, though I think I got a few kills. There was one individual in Red at the time that I ended up challenging to a 1 vs 1. His name was Lukka.

His hurricane (and slaves) against me heavy missile drake. I still cringe at the thought. Needless to say he won, though we struck up a friendship and he invited me into one of the channels he inhabited. It was mostly full of random faction war militia people. I usually just ignored them and talked to Lukka when he was online.

Later, I was invited to a small corporation that Lukka was joining. Kill Death Ratio. Jodie Amille was there, along with a few others. I didn’t really know any of them very well, and we were all pretty inactive during that period. Though, I do remember sitting with remote sebo alts outside of stations popping stuff with Lukka. He was a very patient pvper.

I left Eve for a month or so due to bad internet, and when I came back the corp was all but dead. The channel, however, was still very much alive and I began to start chatting with other random people in it. There was this guy named Dake Darkstalker that was kind of nice, and this other dude named Galdornae that talked a lot too.

I was faced with a decision. Quit Eve forever, or bight the bullet and start something new. I was still very jaded by my past Eve experiences, so starting something new sounded painful.
But I did it. I joined faction war and a little corporation named Locus Industries.

I still remember the night my ap was accepted. I got on coms for the first time. Talked for the first time. (which is always a little awkward for me, being female.) They mentioned how they had bets going over whether I was a girl in real life or not, but they seemed more interested in the pvp they were about to do.

I jumped in an interceptor and headed their way. I still remember joining fleet for the first time and asking for orders. Dake outlined a general plan and I responded with “roger that.” Galdornae asked me who the hell Roger was.

I basically had to relearn everything at that point. They fit their ships differently. They fought differently. They dared talk on coms during fleets. They actually told the fc their opinions. They didn’t run away if the enemy fleet was close to the same size or larger. In fact, they hardly ran away from anything.

There were no titan bridges. Most of them had never seen a titan before. There were no 50-500 people in gangs with me anymore. And, I actually was expected to know stuff about ships I flew. Before, we were given ‘alliance’ fits, and precise fc directions on what to do with them. We didn’t have to worry about ammo range, tranversals, or cap. We landed, we shot the primary. End of story.

No so anymore. I was in a new world. They even let me fly tech 1 cruisers if I wanted to, something that would have been greatly frowned upon in my 0.0 corps.

I admit, I was like a kid that had discovered the candy store for the first time. I think I killed more in one month of being in Locus then my entire previous Eve career.

The rest, pretty much is history. I was in Locus for over a year, and though I went on to other corps, and even went back to 0.0 for a month or two, I always end up back in faction war, flying with my friends.