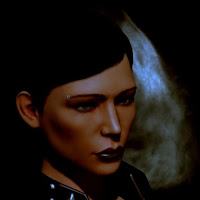 I remember Herona slapping mining lasers on his hyperion. I helped out with hauling ore in a badger. Swoop and Bones mined in their hulks. We worked in a bit of a frenzied state, working toward building a freighter that we could sell for the necessary funds to start the alliance. Even those of us with no industrial skills helped out.

I was also doing some recruiting. After leaving VOW, we formed two corporations that would be the foundation of our new alliance. Swoopinghawkeye and myself headed up BLACK ORIGIN, and Herona and Bones headed up Gray Matter.

We were back in empire at this point, but were starting to make friends here and there. By the time we had enough isk for the alliance, we had several other small pvp corporations on board. I still remember the day the alliance (Red Dawn Alliance [RDA]) went live. There were 21 people in alliance chat and 20 of them were in fleet—doing a pvp roam at the time. We were full of aspirations and ideas for the future.

The four of us shared equal leadership rights to the alliance, and our individual roles kind of naturally developed over time. Herona was our blood thirsty pvper at the time. He was also good at talking with other pvp corporations, and forming friendships. Bones was our industrial backbone, and Swoop was our voice of reason whenever we went off the high end about something. I was official alliance diplomat and recruiter.

We decided almost immediately to go to 0.0. It was the whole purpose for our alliance and we wanted to move soon. Why we decided on Querious, I don’t remember. It was as good a place as any. And, we didn’t know much about this BOB Alliance that lived there and owned the space.

We moved in a few jumps from highsec, and lived out of POSes. An alliance lived nearby us [STIX] that gave us lots of pvp experience. They also told us that if we stayed, BOB would come to get us. We stayed for a while longer anyway.

It was Herona that started conversations with another alliance based out of Fountain—Pandemic Legion. We knew little about them but thought they were really friendly. They had just gained space in Fountain recently, and were still taking down enemy poses and getting sov. We decided to rent through them, and officialy became PL’s first renters in Fountain. We paid them almost a pittance in the beginning, as I don’t think PL had ever had renters before.

I still remember moving out there. It was super quiet, and the true-sec was insane. You could rat for hours without ever seeing a soul, having an entire station to yourself. Every once in a while, an alliance mate would get an officer spawn. We’d roam around and find stragglers that used to live there before PL took over. Those were really good days.

It didn’t take long for the flood to began. PL realized they could make isk at this renting thing and we noticed more and more renters moving in, and our rent going up and up. We were also gaining some attention from a few hostile alliances in the area, that began regularly roaming through and pillaging our space.

Bones and Herona decided they wanted a station to themselves, so they bought one of the Fountain stations in Fountain. I remember our alliance being quite split over the issue, several of us worried that we didn’t have the resources to protect a station. However, personal isk was used and the decision was made.

It was not long after that before Fountain faced a full on invasion by the alliances that had previously just been roaming through. Pandemic Legion chose, for a while, not to defend their space for a while. We, along with the other renters, became a meat shield for them. They eventually showed up, but not before our station was taken and our alliance was in shambles. We had fought with everything we had, and many of us had no more ships to speak of.

I also remember the day we lost the station. Back then you needed POSes to hold stations. The same people who had bought it using their own isk (I believe the cost was 10 billion at that time) were also the ones that forgot to put strontium in their poses. The hostiles took it without much trouble. The rage in alliance channels over such an oversight was extreme.

Bones and Herona somewhat checked out of alliance leadership at that point. We didn’t know it at the time, but it upset a balance that would never quite right itself. Swoop and I tried to hold things together, but there were many things we did not see eye to eye on.

The friction grew so great, that I eventually ended up leaving the alliance for a small, empire based pvp corp. Little did I know that they were home to one of the most highly effective scammers in Eve history.