You ever have that feeling, down in your bones, that something isn't quite right? I've had that feeling for a long time, but until recently I haven't been entirely able to put my finger on it.

What I found was startling, but as I began to dig deeper, I quickly came under attack from those who were involved. I was accused of being the puppet master of a CSM representative. They even said that many of the mechanic changes seen recently were entirely of my own design.

It was then clear to me that not only had I uncovered one of the largest conspiracies in Faction War history, but I was also witnessing a wide scale cover-up.

Today, the truth will be told. 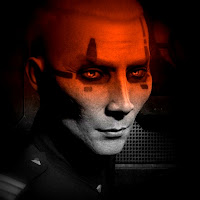 Going back well before Inferno, The Amarr have been involved, in conjunction with their influence over CSM delegate Hans Jagerblitzen, in influencing the game mechanics for personal gain. The tale is one of indisputable favoritism and bias. And while they were careful --always hiding behind a scapegoat by pointing blame at others, their blogs and forums posts are filled with undeniable guilt.

The first step of their plan was to get someone on the 'inside' to push their views. Hans Jagerblitzen, known for being somewhat malleable, and more than a little naive, quickly became their man. We can see that a prominent Amarrian, Shalee Lianne, was the very first person to endorse Hans publicly in this open letter, and I'm sure that even then He was completely under her influence.

Secondly, once Hans was elected and 'in,' they would feed him ideas and blueprints for mechanic changes, and other game-altering changes.

It was a perfect setup, with him in the Minmatar. For, they could create a natural distance to alleviate any suspicion. Not only could they covertly make trillions of ISK on Minmatar alts, (in this post, Pinky Feldman admits to influencing Tier 5 spikes within the Minmatar:

"On a benevolent note, our unannounced Tier 5 push gave general militia the chance to cash out without the market manipulations of Late Night and Iron Oxide.")


but they could gain sympathy from the rest of the community by appearing as a suffering underdog, fighting against all odds.

Furthermore, while harder to prove, I do not think it was a coincidence that it was Goonswarm that was discovered to be manipulating the market under the Minmatar mantel --knowing that the Goons are directly connected with the very top in Amarrian leadership.

But all of this would be wild fantasy and tin foil hattery, if it wasn't for the proof.

First, I will start with something that Hans pushed under Amarrian supervision but did not end up in Inferno: the warzone reset.

Many, many players violently opposed a warzone reset, including a large number of Minmatar.

" Resetting the systems goes against everything that EvE stands for."
~Minmatar FC Loryanna.

" Honestly, I am disappointed to hear this suggested in any serious way."
~ Minmatar leader and FC, Annah Kitheran.


I also, personally spoke out against a warzone reset, and Hans' involvement in it,  both on the forums and in this blog post.

Interestingly, several Amarr were in favor of the idea, including Shalee Lianne who posted on her blog,


" ...it is only fair that occupancy should be reset. I know that some people feel that it is ‘unfair’ and that it undermines their ‘hard work’. "


In spite of the massive amounts of Minmatar dissent with the idea, Hans goes along with the Amarr anyway:


"... the most fair thing to do would be to reset Sov across the board. I've already been talking to CCP about this particular issue."

In a later post, he even goes as far as referring to the Minmatar's concerns as "hysteria."

While the warzone reset didn't end up going through, it was only the beginning of the Amarr's influence over the CSM.

We see heavy influence from Poetic Stanziel, who up and left his corporation to join the Minmatar. The corporation he left, interestingly, joined the Amarr/Caldari war. Not only did he mosey innocently into the Minmatar militia, but he joined Autocannon's Anonymous --the long time home of Hans Jagerblitzen. Later, when his influence over Hans became too noticeable, he switched sides and joined the Amarrian corporation of Fweddit, to maintain his deniability.

Poetic was the champion of several Faction War mechanics that were recently implemented, including the system by which the LP store pricing system was replaced with a tiered payout system.


"The LP Store pricing should be static... What should scale with warzone control is the amount of LP that is awarded due to plexing."


He later admits that "This is an idea that Hans Jagerblitzen is pushing for. I agree with it. It makes a tonne of sense." 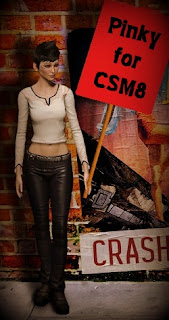 He, and other Amarr, were also big proponents of LP for defensive plexing.


" I am concerned that defensive plexing awards zero loyalty points."

He says this back in June --months before the recent patch that implemented LP for defensive plexing. He even went on to discuss concerns about farming and suggested a system whereby defensive plex LP payouts are scaled based on the contestation of the system.


" The solution to that [farming] is to scale defensive rewards based on the contested state of a system."

This is, almost down to his exact formulas, the system that CCP put into place only a week ago.

Xolve, who used to be a director within the Amarr/Caldari, (and is now in Goonswarm) suggested that giving "some incentive for DPLEXing in non-stable systems" would be one way to help fix plexing. He also suggested:

All of these items were implemented by CCP in recent patches. Even his 105% number is nearly spot on to the number CCP chose to decrease the I-HUB contestation buffer.

Shalee Lianne mentioned several things she dreamed about having within FW mechanics including:

Low and behold, what has CCP hinted at in their recent dev blog about upcoming FW changes in Retribution?!


And, plans to revamp the plex sizing system to include a new plex size was discussed here by CCP Ytterbium.


" Hans is taking our concerns to CCP."

says Shalee in this post. No kidding? It's as if he's verbatim arguing every desire of the Amarr's directly to CCP. Some of the wording between Shalee's post and the dev blog is uncannily similar.

" Pinky Feldman gave me these maps when we discussed this back in September. Pinky however, was not the first to bring up the map - other Amarrians had also contacted me with information that I've passed on to CCP."


It’s highly likely that when Retribution goes live December 4th, it will have the Amarr’s signatures written all over it. Not only will Faction War be affected, but the very map and gate layouts themselves will have been highly influenced and manipulated by the Amarrian agenda.

While the Amarr pretend hopelessness, hiding behind verbiage of unbalanced mechanics, they are laughing at the Minmatar, and at the community at large. 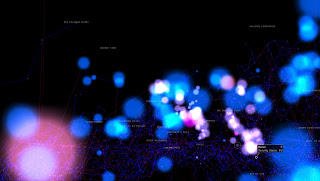 Is it not odd that this ‘underdog’ –this ‘minority’ Faction who has claimed the inability to come back, was able to take over a QUARTER of the entire Amarrian/Minmatar warzone, in less than a TWENTY FOUR HOUR period immediately following the announcement of last week’s patch?

Is it not odd that within days of the announcement that the Amarr faction went up an entire warzone control Tier? And, on a whim. Does this sound like a Faction that is struggling beneath the impossible burden of unbalance and Minmatar terrorism?

Is it not even more odd that even in light of these facts, that the Amarr still hint and imply that the patch helped the Minmatar? In this 4 hour ‘discussion’ (which is arguably another ploy to distance the CSM from Amarrian influence) members of Fweddit, right from the start, hint at Hans secretly feeding the Minmatar intel about the surprise patch. They even talk about the patch not being ‘fair’ to them!

If you look at the facts, you see a far, far different story. Why would they try to distract the community from what is going on? Either they are in complete denial, and are completely uninformed and misinformed, or they are manipulating things for their own purposes.

I’ve taken the first step in exposing them. It is now up to the rest of the community to step out of the darkness, and to see the Amarr for what they really are.

Before it’s too late.