Resetting the Warzone: Not Just a Matter of Opinion 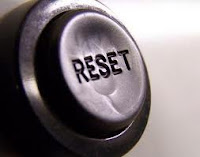 On April 20th, Shalee ended a post about how Faction War is going to suck in Inferno with a plea to CCP to reset the warzone.

Very few people took this idea seriously, or said much about it until yesterday when a CSM member made the same suggestion on the EVE Online forums, even saying he would be taking the idea to CCP:

"I also totally agree that with all of the changes on the table for this expansion, the most fair thing to do would be to reset Sov across the board. I've already been talking to CCP about this particular issue. "  --Hans Jagerblitzen

As the CSM member's remarks was lighting some heated discussion on the forums, Shalee posted an entire article about the issue, saying that "it is only fair" that occupancy be reset come Inferno.

So, should occupancy be reset? Are the changes that CCP is making to Faction War merit a reset across the board?

Sandbox
The first, and most important aspect of this discussion is the impact that a reset would have on the sandbox. Technically speaking, resetting what is ultimately player-driven political content would be as far from sandbox behavior as you can get.

For this reason alone, I would be willing to bet much on the fact that CCP will not even consider the idea, as it goes against everything they are striving to accomplish within the game.


Precedence
The second consideration is what kind of precedence an action like this would make. A reset would open a whole gray area in EVE, where discussions could be had over how 'big' a change needs to be in order to merit a reset.

CCP, as of yet, has made no precedence in resetting in-game politics due to an added feature or changed game mechanic being inconvenient toward one party or the other.
I do not think they will start now.

Theory 1: It will create more fights, as it means the 'underdog' will be more motivated to fight.

Though I can't speak from the perspective of the Gallente/Caldari warzone, one of the biggest excuses the Amarr give us for not fighting, not undocking, and etc. is that we outnumber them. They claim that they are currently the underdogs in both numbers and activity right now. (I will actually prove them wrong on this matter in a later post, where I analyze some hard mathematical data.)

A reset will not address the Amarr's numbers issue. Therefore, why do people think it will make them fight more?

What it boils down to is the morale of the underdog. People feel that a reset would essentially make the militias who are currently behind feel as though they have more of a chance.

So essentially what they are asking for is an action by CCP that expressly caters to the feelings and attitudes of specific political parties. This is called asking for favoritism.

One thing tossed around by the (very few) supporters of a reset is the idea of 'fairness.'

Since we've already established that a reset would go against sandbox ideals, would be an action of favoritism toward specific political parties, and would essentially go against all previous precedence CCP has set in the past, I think it's safe to say that the idea of a reset being 'fair' is a somewhat ludicrous notion.

But, whether or not it's 'fair' aside, the idea that CCP would do something for 'fairness' sake is in and of itself a ludicrous notion.


Who are we, as Faction War pilots, to think that we deserve  CCP to make our plight more fair? Are some really that naive?


The Bottom Line
The bottom line is that not only would a reset be bad for Faction War, it would be bad for EVE.

Maybe I will be proven wrong, but I cannot fathom CCP resetting the warzone.  I cannot begin to imagine the fallout from such an action.

Maybe I have too much faith in CCP when I 100% believe that they will not take an action on player-driven political game content--an action that has purely speculative results.


"I can deal with most anything I think as long as we have a fair shot when the new changes are implemented."

This is EVE, my dear Amarrian opponent. This is the game where any 'fair shot' you might have is determined by you--determined by the effort you put forth, the decisions you make, the friends that you keep, and all actions that you do or do not take.

This is the sandbox.

If you want something different --something less, where GMs try to make things a little less hard, and a little more fair, then I suggest you go back to playing WOW.