Last week I wrote an open letter to Trebor about the spam he sent out as a part of his campaign. This partially resulted in a Friday afternoon philosophy lesson from Jester from Jester's Trek, as well as a long letter from Trebor himself. If you wouldn't already rather dig out your eyes with a cheese grater, or sit on hot coals than read more about the CSM, I'd suggest you go read them.

The truth of the matter is, while CCP can ban spamming, enforcing the ban is a different thing altogether. 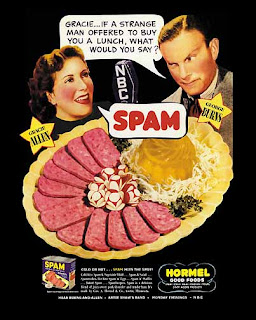 Detection will be the first problem. After all, people send legitimate, non-spam mail to multiple recipients every day, so how would you detect between the two?

Not to mention that you can’t undo spam in the way you could undo in-game exploits. Where a GM could take away someone’s assets or undo an action as a result of a player using a known exploit, they can’t take away the annoyance or make people unread mail that has already been delivered. Once it hits your inbox—once the message is out, the deed has been done and the purpose fulfilled.

Sure, they could ban the spammer’s account, but since you can send mail on any trial account, a spammer who intends to get a message out will find a way to do it…without it costing a dime.

The solution is actually really simple. Adjust the CSPA charge limit to accurately reflect in-game inflation, and lightly adjust the mechanic so that it is easier for users to filter between mail they want and mail they don’t want. Also, remove the CSPA charge for fleet invites. . (ie: turn the CSPA charge into a tool instead of an annoyance.)While a million isk CSPA charge may have swayed some people from sending mail once upon a time, today it’s just another button to click.

In this way, the CSM can still spam their hearts out, but instead of costing a hundred million isk or so, it could cost them billions. Not to mention it solves the problem with an in-game mechanic that’s realistic, instead of with a CCP policy that’s virtually non enforceable.

CCP Diagoras, in a response on the thread where people have been discussing the validity of Trebor’s spam, says,

“CSM candidates are given this right in the same light those running for office in many real world systems are provided with advertising space.”

Interesting, however candidates in the real world aren’t usually ‘provided’ with advertising space—they pay for it in the millions of dollars.

The CSM should have to pay too.


PS. Bloggers are already starting to publish guides about ways to spam in EVE. I had a long chat with Jim Blogger from this blog, and he had some interesting things to say that makes me think that Spam is one day going to be a bigger issue than it currently is to day, especially with access to EVE mail out of game (in html):

"EVE can log in-game chat channels. All you have to do is join the recruitment channel or a help channel  or even local chat for that matter and all the chatter going on is logged into a text file[…].then parse those chat log files for character names. The nice thing about doing it this way is you are contacting known active characters. The downside, you have to leave your client logged in and logged into the channels for the people who you want to spam."

On a bigger scale…."This is pretty easy. With scripting languages such as PHP or even programming languages such as Visual C# Express from Microsoft you can write a really easy web crawler that goes from page to page and strips character names. You basically look for common HTML that surround the character name to break out the actual character name based on that code. Once you collect all the names into a database, you can then use them for your purpose, in the CSM's case, spam everyone."

"I used my tool to recruit people. I recorded rookie chat messages and then invited them to join my corp. I had over 150 members in a 2 day period. We actually did a 30 man training fleet the first evening….”        -Jim Blogger aka BuckShaut


When I asked this computer programmer how long it would take him to write a WebCrawler for more robust character name collection, he replied that it would probably take him a couple hours, if that.