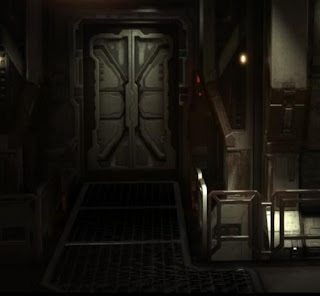 My title in one of my last corporations was not, “Just missed the fight again” for no reason. It is an awful space syndrome that I had thought I had left far behind me. This weekend showed me otherwise.

It started off with extreme boredom, during which I clone jumped to curse to do some boredom ratting in a pvp fit ship. ;) My base in curse was a few jumps from where I clone jumped to. What is usually an easy 5 jumps in an ibis turned into an avoidance match with bubbles nearly on every gate and several dramiels manning them. (Really noob dramiels who couldn’t catch an ibis in a bubble.)

So, 30 minutes to go 5 jumps. Then an agonizing hour of pointless ratting, where I considered going back in my hurricane and having fun with the dramiels. A roaming neutral blob chopped that idea. (Did I mention I hate null sec?)

By now, people are reviving in militia and it starts to sound like there are Amarr around to kill. I decide to jump one system over and change ships and head back to empire. I notice a neutral floating around in system and give him a wave as I’m reshipping. It starts a deluge of chatter…about politics, and asking about what capitals I fly and whether I have a cyno on my hurricane and am going to bridge in all my friends. (The poor dude was obviously more bored then I was.)

I made an exit, only to be waylayed by the neutral blob I had seen earlier. I decide to make a run for it, hoping they will be dumb. Unfortunately, numbers like that can make up for any dumbness on their part, and I was promptly exploded and podded.

Freedom! I quickly updated my clone and changed it back to empire and podded myself back, to join the militia fleet that was very obviously engaging the Amarr at this point.

By the time I got into my ship in empire, it was all over. They were docking up, and going afk. A few talked about going to 0.0. And talked about it some more…and talked about it some more. Finally, quite a length of time later, during which I was stewing in station (I’m resorting to merely stewing, since ship spinning is no longer an option), they officially decided to go to 0.0. I jumped into a cruiser that I could make it through highsec with and started heading that way.

Suddenly, it was announced that something was happening on Kamela on the station. That system was on the way to provi, so I went to join in. Most of the hostiles ended up docking, but we flitted around system a while longer until we heard reports of a large Amarr gang come close to Kamela.

We decided to engage them. Should we jump through to them? Which side should we fight them on? No one knew and no one was really fcing so it was Leroy time. I couldn’t make heads nor tails over what ppl were saying on coms, so I decided to warp in to the triple X and have at it. As I’m in warp, the call is made to get out as a huge amount of hostiles were landing on the field and getting warp ins to our off-gate location. I was pointed and killed pretty quickly when I landed, and quickly got my pod out to make the back way around the  back way to Huola.

As I’m reshipping in Huola, the Amarr are playing around with Pandemic Legion. A tentative and temporary truce is made for the Amarr and Minmatar to gang up on them, and they killed several PL ships as I’m trying to make my way back. Curiously, PL doesn’t drop in any supercarriers as they tend to on these sorts of engagement. Instead, they run back to Amamake to lick their wounds.

I, of course, missed the whole thing. A rather annoying PL prober kept announcing in systems she was probing in that PL was in Amamake and would probably come back. They never did. We looked around for the fleet we figured they must have, but came to realize that what was in Amamake was it…a few stragglers and a random carebear probing for plexes. Behold the mighty Pandemic Legion, in all its glory!

At this point, I logged with two ship losses, two pod losses (one on purpose) and no kills. I was a bit cranky, to say the least.