I read a recent article about Zynga planning to go public. (They're the ones that made some of the popular Facebook games such as FarmVille) Back in the day, I tried to play Facebook games. I think the only one that I played for any amount of time was Restaurant City, or something to that effect. 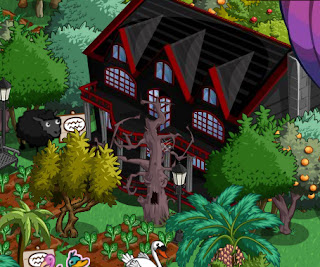 One thing I've noticed about most Facebook games is that they seem structured around one principle: make the user click his mouse as many times as possible. After some nudging from friends, I tried games such as FarmVille and FrontierVille and etc. My eyes glassed over as a little cartoon man would pop up and say ridiculous things such as "click this 10 times to build xzy."

Surprisingly, these games have millions of regular users. And, even more surprisingly, people pay real money for in-game perks. LOTS of money.

I guess it's not much different then paying real money for any game. I even see the fascination people could have...for a little while. It's the long term obsession I see in some people that makes me completely puzzled. How could a game that makes you incessantly click your mouse, while offering no other real strategies, content, or substance, have that kind of hold on someone? I would go mad.

I say that, but then I look at some of the games I would consider to have more content and substance, such as LOTRO, or EVE Online. There are still aspects of repitition in those games. People farm missions/quests or spend hours in one location killing the same thing over and over again for skills points or ISK or gold or whatever the game is offering.

Unfortunately, life is messy and complicated. We cant put hard fast numbers on things such as 'farm five of this to trade for this other great thing.' Relationships are messy, the economy is messy, and nothing really has 'numbers' associated with it.

So, are we mesmerized with the cool cartoons and the 'fun' of playing, or are we just in need of something in our lives that we can maintain some sort of control over?