4 More Fun (and Dangerous) Corp Ops Anyone Could Do

So, there's a ton of cool corp ops you could do, with the right people and a little imagination. Sometimes, however, boredom reaches a whole new level and corpmates are willing to almost do anything for kicks.

The following ops are not for everyone, and can result in heavy losses. You know---the kind of heavy losses where everyone takes the pod express home on the way back. However, if you're laughing at the same time...it's worth it, right? 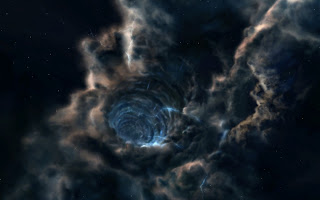 #1. Wormhole Roam. I frequently find wormholes leading to other regions of space, whether it be null sec or low-sec. Sometimes, these regions are on the complete opposite side of the map in space I'm not familiar with. It can be great fun to take advantage of these, get into some interceptors, cruisers, etc., and go roam. Sometimes you can catch people ratting...or just find another roaming gang to engage---of pilots you've never encountered before in a corp you've never heard of before.

Wormhole roaming ops can be great fun...but be prepared to arrive home in your clone. The wormhole could collapse, or you could come across a few people not appreciative of strangers showing up in their space and shooting them up. Don't forget to bookmark the wormholes on the other side.

#2. The Evil Pirate Gang. Many people have differing opinions about piracy and/or griefing in EVE. If you don't particularly care about standings (with realy players or NPCs) a pirate gang could be great fun. The set up is like this: A couple smart bombing bses with heavy alpha power sit tight in-line with gates in a low-sec system, and smart bomb (insta-pop) small ships such as shuttles, tech 2 frigates, iterons, etc. You could have a couple bses at multiple gates, as well as salvagers and looters ready to grab things and run away. The op could make you a few enemies, but it can also be quite lucrative, as people often haul important items in shuttles, and any tech 2 salvage could be good.

#3. Bait Canning in Jita. When someone steal from someone else's can, everyone in the corporation is allowed to kill them. Many people drop  cans in Jita, or other high population systems in order to get small fights. Have your small gang from corporation out of site...maybe in-line to you a few au away, and drop a can. Of course, I wouldn't condone asking for a 1v1 only to not honor it. Must maintain some sort of space honor. B

#4. Griefing Mission Runners. Sometimes, mission runners run with very expensive ship set-ups, so this op can be extremely lucrative as well. You will need a good prober to probe out targets in the missioning system. It's usually good to go for the big stuff...such as Navy Ravens, etc. Once you 'steal' from any cans you see lying around, the mission runner will often grow frustrated and shoot at you. Once this happens, you're free to shoot back. Though this might be hard for small gangs in high-sec (a missson runner will usually not engage more than one or two) you can use the same principles for low-sec faction war missions, as well as null-sec pirate missions.