Corporation and Alliance interaction is a huge game-play mechanism of EVE Online, and can greatly affect (negatively or positively) your in-game 'fun' meter.

For the 4+ months that I was looking for a corporation, I played EVE very little. I'm not a big solo player, though I know people do it all the time. I've know several pvpers who greatly enjoy solo roaming in their cynabals, as well as carebears who enjoy gathering all their alts around them in a huge roid massacre.

In fact, the only thing I really do 'alone' is trade...which makes sense--to preserve trade 'secrets' and make sure people dont undercut any special markets or hot trade opportunities.

I really do feel that players' satisfaction with their corp/alliance greatly determines their satisfaction with the game itself. I dont know how many times I've heard things like "Susan...my corp absolutely sucks. I think I might just take a break for a few months." Friends who seem to enjoy their corporations (both the members and activities offered) tend to be in-game a WHOLE lot more.

So...the big questions. How could CCP change the corporation/alliance game mechanics to promote more user satisfaction in their respective corporations? What do YOU wish that your corp/alliance could do that it cant right now?

There's a few things I've wished for over the years. As a trader, I always thought it would be awesome to have corp/alliance only market windows. I know you can set up corp/alliance contracts...but contracts just dont seem to be the same as a good old fashioned market order to me. 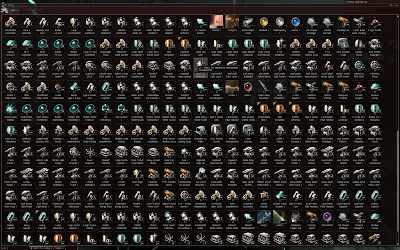 As a trader, and someone who also likes to support corp/alliance goals, it would be amazing to have a separate 'public' market and even a separate 'allied' market.' --something only your allies/corpmates/ etc could see. That way, you could offer items to friends at lower prices then you do on the regular market, and greatly encourage in-corp and in-alliance trading.

The next thing is somewhat two-fold and not very important.
I'd like to be able to warp to my corp mates. On that note, I'd also like to make it so that I'm 'unwarpable.' Even in a fleet, when I'm in a covert ops or in some sort of cloaky in an awkward position, it would be greatly beneficial of me to be able to 'turn off' the ability for others to warp to me. On the other hand, when I need to warp to a corpmate...who I'm already sharing a channel with, etc., it's annoying to have to create a fleet to do it.

A game based killboard system. I cant imagine how awesome it would be to have a decent, built-in killboard system, where you could easily look-up a person or alliance in-game and have their entire history, rather then trying to compile from multiple sources. It would eliminate having to post killmails all day long (so tedious...) 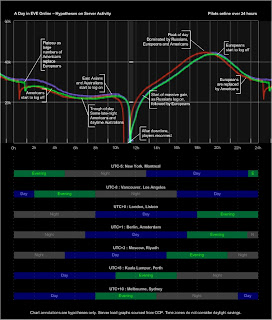 But, perhaps that would take too many resources. However, I feel that it could easily be incorporated into Eve-Gate somehow. They could offer advanced options...so you can choose whether to have a public board, or limited to corpmates, etc. You could have options for whether to show the location of recent kills, etc.

That way, if I change corps down the line, I have one set place with my entire kill history. It would all be automatic...no updating with api, or posting killmails, etc. Also, there would be a huge ability for research and statistics. You could easily come up with a mechanism to see what game style individuals take, who they kill a lot (example: a player kills mostly Goons...or mostly flies in fleets of 500+).

Also...corp and alliance stats to show periods of inactivity, or trends in game play, time zones, etc. It would be great, though I'm sure many people would whine and complain. 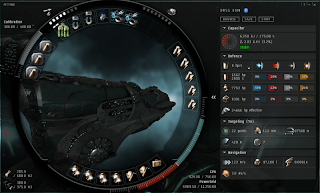 This isn't really corp related..but what about having a virtual fitting gui as well? So many people use EFT, and it seems like it wouldn't be hard to incorporate a 'virtual' fitting component where you could put together a fitting and save it, check stats on it, send it to other people, without...actually fitting it...or downloading a separate program etc..

Anyway, enough of my rambling, and back to making iskies. The Euros are online, and the market is hot. =D