I'll never forget the day that I bought over 2,000 Tech II Mining drones off contract from some random dude in 0.0. I realized what a big mistake it was as soon as I put them on the market and couldn't sell one...

Sure, compared to what they were going for on market, I bought them at a huge discount. However, buying that quantity of something I knew little about in a region that was not particular hot with mining was not my biggest moment of triumph.

I'm not a miner. So they were not useful to me. And, to make matters worse, I could hear the dude who sold them on contract to me snickering behind my back.

So, what does one do with 2,000 mining drones? Reprocessing them was an option. Then perhaps I could make something useful out of them...(and something certainly less embarassing.)

I'd be labeled as a carebear forever and told to go back to the hulk where I belonged....barefoot....pregnant.....and "building them their ships".

I was excited when an individual finally bought one drone. Though, I thought it was strange. In pvp, you usually need 5+ drones at a time...but maybe in mining things are a little different.

A few minutes later I got a mail.

"Hey...noticed you have a lot of drones for sale on the market."

It was my one customer... 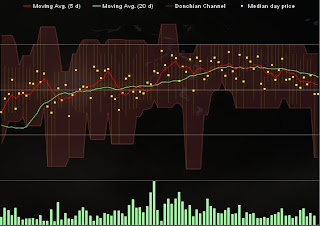 I was elated. The solution to my problem had found me...while I was pvping...secretly hoping that my little embarassing problem would go away.

And I was going to make an easy 200mil off the top....for doing essentially nothing other then accepting a contract and putting an order on the market.

Speaking of pvp...I better pay attention to this gate camp, before they start cracking out the blonde jokes again.