7 Reasons Why Corps Fail and What to do When They Do...


There are many reasons why corps fail, but there are a few that seem to be extremely common. Don't let your corp make the same mistakes.

The best corp I was ever in fell apart when the ceo decided he didn't want to play EVE anymore.

Reason 2: No goals. Killing things is not a sufficient goal. It might work for a while, but when (if) you ever get to the point where your main pvpers are in the triple digit kills...it's going to become boring. You dont need elaborate goals, or even very structure ones. Wardeccing or focusing on harassing one alliance or cleaning out a constellation would be good common goals. Corp members want to feel that they are all headed in the same direction, moving toward the same purpose.

Reason 3: All Work and No Play. Ever been in one of those corps where it was so highly structured you felt like you were coming home each night to attend to a second job? My word of advice: Loosen up, get rid of unnecessary paperwork/overhead (and when you're done, get rid of a bunch you think is necessary.) and go have fun.

If you feel like everything you do in your corp is a chore...find a new goal. If the corp shares common aspirations, things that push you toward those aspirations will not seem as tedious.

Reason 4: No Growth. This doesnt just apply to recruitment. Once you've 'mastered' something, you should be striving to push ahead...wardec a larger corp/alliance...take over a larger part of space...up the composition of your fleets.

There's nothing more boring then a corp that's stuck in a rut. 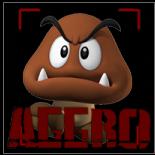 Reason 5: Too Much Growth: There is such a thing as aiming too high, to big, too fast. Ever hear of an alliance named Aggression.? They grew quickly, immediately went on a campaign to take over a region, and everything was fun and fast for a while. All it took was one backstabbing blue alliance to whip their feet out from beneath them. They didn't have the foundation to keep going after such a huge blow and were dead within six months of opening their doors.

Take your time to get things right, do things well, and establish the loyalty of your people. It will save you when the rough times come.

Reason 6: Bad Drama. Every corp will have some degree of drama...some very minute amounts, some very large amounts. If a corp tells you they have no drama, they are lying. If there are people in the corp, there will be drama. However, all drama is not necessarily bad. Some drama can be good...drama over killing enemies...or drama with you and your enemies can help pull a corporation together. Corp thievery, drama queens, or people woh get upset over every little thing are definitely bad drama. Sometimes, the only way to get rid of it is to cut it out the hard way. (With a boot and a kick.)

Reasong 7: Inactivity. This is probably the leading cause of corps failing. When people become bored (and they dont feel like going out and finding a new corp) they will grow more and more inactive. There's not many sure, fast ways to alleviate this. Corps I have been in have tried everything from moving to different space, to resetting all the blues. Sometimes, you have to acknowledge that something isn't 'gelling' and maybe take a break. If you all want to stay together, merge into another corp that has good goals and leadership going.

Yelling at people to get on coms and into fleet, arranging mandatory CTAs etc...usually encourage inactivity.

There are many other reasons why corps fall apart...sometimes they are not simple, nor Eve related. Whether you are a CEO, an officer, or just a minion, just remember these simple things if you feel your corp is headed toward doom:

1. Don't ignore the inevitable. If you're thinking things are going badly, chances are everyone else is thinking the same thing. Have a corp meeting and discuss.
2. Don't force it. There's always one or two people who push and push to 'save' a corporation, and they usually end up burned out and jaded. If it's not going to happen...deal with it and move on.
3. Remember it's not the end of the world. It's just a game...so, find a new corporation or go play something different...like WOW.