The State of Things 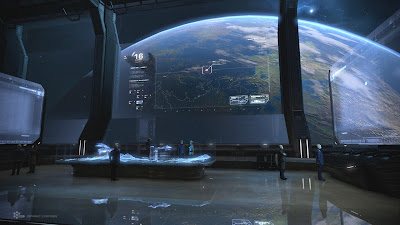 Well, it's been a while since I've given much of an update on the warzone. Mostly, because there isn't really anything to tell. Warzone control has been hovering around Tier 1/2 in the Amarr/Minmatar warzone with neither side showing much interest in making any sort of push.

This article on TM.com seems to hint at some sort of push on the horizen. Though, I think that even if someone came in and swept through the warzone, all they'd get are blank stares and a "good for you, bro."

We could speculate all day on the 'whys.' The farmers are ruining the warzone. Something in the mechanics is broken. The plexes aren't so, or the sovereignty isn't such or the payouts aren't this much or the lack of whatever is ruining something.

The truth of the matter, is it is a busy time of year for people. Summer is drawing to a close and people are preparing to head back to college, or get their kids ready for school, or etc. It's only to be expected that things might be a little more quiet than usual.

One thing I do think TM.com got right was that something is definitely coming. Though, I think we're looking at mechanics, lore, and storyline changes, and not necessarily some sort of warzone push. Storyline changes have been in the air for a while now, and during the Alliance Tournament some very large hints were dropped regarding changes that the players would be a part of shaping.

And in my estimation, anything that affects the storyline is probably going to change Faction War, since we're rather deeply embroiled in EVE's back-story landscape.

Can I guess at these changes? I can only tell you my suspicions. I have little to nothing to base them off of.

I believe that the dynamics of the allies/enemies is going to change in some way. Whether this means new parties affecting the war, old alliances broken, or whatnot, I'm not sure. I greatly suspect that the Minmatar and Gallente will not be 'allies' for long.

And of course there will probably be some sort of battle event. Most likely taking place outside of my time zone, as usual...or in high sec, where it's somewhat difficult for me and 90% of my alliance to go.

Hopefully it's not another random dude in a big ship that miraculously tanks for an hour or two before exploding on queue.

Maybe the Gallente will blow up Rens. Or better yet, turn on CONCORD.

And on that scatter-brained note, probably time for me to say goodbye and go join fleet. If there is a fleet active...