Miles to Go Before I Sleep 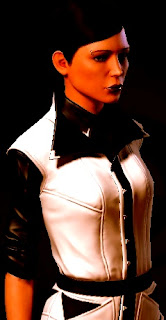 I love logging on to a  good fight raging. So long as I have time to get involved in it. Apparently, the fight over Dal had been raging for quite a while before I logged on, and ended up lasting quite a while afterwards. Someone who was there for all of it claimed it lasted at least 2-3 hours.

I was already in Auga in my Condor so I ran over and activated the gate to the medium plex, not even stopping to ask for a fleet invite first. My Condor was a bit light, considering most were in cruisers, but it proved itself useful getting rid of their light tackle and destroyers from field.

I lost my first condor to something or other, and ran back for another one. As I hit Auga, people on coms started complaining of getting dropped from the game. Several thought that maybe the node was crashing. (It wouldn't be the first time the Amarr/Minmatar have broken something in the middle of our shenanigans.)Dal, and neighboring systems were spiking with TiDi.

I glanced at local and immediately detected the problem.

A massive Brave Newbie fleet was passing through. Thankfully they weren't heading to Dal to disrupt the faction fighting, but until they left the whole area slowed to a crawl. 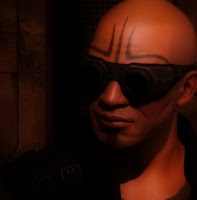 Both Amarr/Minmatar had a significant amount of logistics on field, mostly in the form of Augorors. They are quite 'the thing' these days in Faction War, especially for larger cruiser fleet fights. I've tried flying one a few times, and between trying that, the Guardian, and the Scimitar, have decided that running logistics is something I should leave to other people.  I prefer ships with guns. Or missiles. Anything that goes boom, really.

Our target callers kept trying to focus fire suddenly, hoping that we could charge through someone's armor before their logistics had a chance to get to them. Sometime it worked, sometime it didn't.

Then, somehow, we started losing our logi, and things started going downhill from there. So, we decided to retreat, get people more ammo, reship, reform, and come back. The plex still had almost a half hour on it for the Amarr to count down.

We decided that the only way we were going to be able to counter their logistics was with some significant dampening power. So, our SFIs traded some of their webs and such for damps. We got more people in logi, shipped up some of our smaller stuff (including myself into an SFI) and headed back. 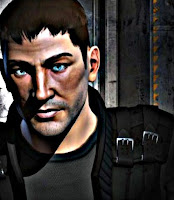 As soon as we landed, every single one of our logi were instantly locked and perma jammed. They had at least four blackbirds on field, as well as ECM drones, and etc. Our FC knew within minutes that the Amarr had essentially refit themselves exactly to counter what we were bringing, and quickly called the retreat once more.

The plex was lost. (The battlereport is a bit mangled, and has a few later frig/dessy fights on it from later that night.)

We reshipped to destroyers, but were eventually forced out of the smaller plex due to the Amarr having gained numbers we just couldn't remotely match at that point.

The fleet split up at that point, with the main fleet still roaming around the area, killing stragglers and smaller Amarr groups --avoiding the large Amarr gang.

I jumped into fleet with the newest members of LNA --WEPOP. They are, as far as I can remember, the only corporation that has ever been explicitly invited to join the alliance. Most others were either founding members, or flew so long with us previously, joining was just a formality.

We roamed around the Kamela area, looking for small engagements, running plexes here and there hoping someone would come at us, and etc. Of all the pvp I've done in EVE, this kind of PVP is my favorite. No formal FC, and not even a formal engagement per say. We were all kind of soloing it, until we needed some help, or camping things in twos and threes. I got a couple solo kills, but nothing particularly significant.

I caught this guy jumping into Sosala. There was a lot of wartargets in sosala, which is kind of unusual, so I fully expected to be ganked at any minute, but he died, and no one came.

I killed this guy in a plex in Kamela.  He was easy prey. Gravy.

I had another solo fight with one of those gift herons. He kept putting drones on me, so I switched to my drone overview and started killing them. At one point, I noticed that there were more drones then people are technically able to have in a ship --all attacking me. I switched back to my other overview, and apparently I was fighting three enemies, not one.

"Uh, guys...can you come help me?" Hopefully someone was around.

"We can't fit in that plex right now."

Ugh. I burned away and glared at the three Amarr for a minute, considering if I could try...nah. It would be obvious suicide. I'm all for trying something difficult, but I'm not going to start throwing ships away for nothing.

We killed quite a bit, just the five or six of us romping around. It was relaxing. Relaxing enough that I eventually started getting sleepy and called it a night.


Dal is still under Amarr control today. It will be a hard one to take, with it several jumps from our base.

And, the Amarr are going to put up one heck of a fight. Though, I wouldn't have it any other way.