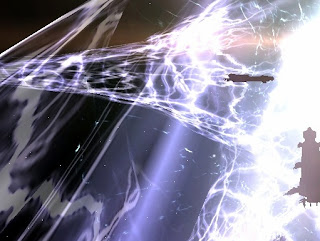 Though apparently low on CCP's list, cynojammers in coordination with FW system upgrades was brought up at the summit and discussed in some detail. Cynojammers implemented in FW has been a somewhat heated topic of discussion in various FW circles ever since the idea was broached during FanFest. Part of the controversy lies in the fact that unlike station docking, which only affected Faction War pilots, cynojamming would affect neutrals.

It would probably be good to start a discussion on cynojammers with a discussion of the role capitals play in Faction War. Mechanics wise, capitals play no role, and are even discouraged from being used. Plexes, which are the backbone of FW sovereignty, have size restrictions--and cynos cannot be lit inside, or on a plex's gate.

Even so, FW pilots still use capitals rather frequently. Titan bridging is become more and more common in the Minmatar/Amarr warzone, and I could not count the number of capital engagements I have been in over the past several years. Though you will not find dreadnaughts to blot out the sun, or massive super capital hot drops coordinated by FW pilots, triage carriers and other capitals are used as an occasional small gang strategy.

This raises a couple of interesting questions. It probably has not been lost on many that FW pilots come across as exceedingly anti-capital. Furthermore, the topic of capitals in FW has been almost a forbidden topic, with most FW pilots simply decreeing 'death to all caps' when any sort of conversation is started. However, can we really have future discussions on cynojammers before really discussing the role of capitals in FW?

The current mechanic being discussed talk about allowing a sovereign party to jam after upgrading the system to a certain level. However, one of the only places that capitals (specifically in relation to FW mechanics) would be used in some practical way would be on I-HUBs. I should probably point out that at the time an I-HUB battle takes place (when a system is vulnerable) it is highly unlikely that the system will be upgraded at all.

A lot of people have pointed out that allowing FW pilots to cynojam will protect them from the hot drops of nullsec alliances, which brings me to another facet of the discussion: 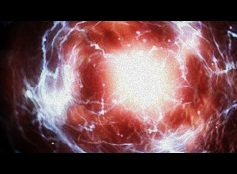 Faction War has two arenas. The first, is the arena that primarily makes up FW 'stuff.' However, the second arena comes from the fact that most of the warzone is located in low-sec. Low-sec has been used for years by pirates, movements between high-sec and null sec by various alliances, as well as a myriad of other things. Someone who lives and operates in, or through the warzone is not necessarily a Faction War pilot. However, the implementation of a cynojammer will affect these neutrals.

In the Minutes, CSM Elise Randolph alludes to the fact that cynojammers in low-sec could affect null-sec supply chains. (He probably would have been better off giving more objective reasons for why the mechanic would be bad, as opposed to threatening to put people into FW to ruin it if they implemented it...) This being said, one side to the argument is that FW cynojammers could adversely affect the movements of neutrals who choose to remain uninvolved in the war.

On the flip side of this argument--months ago, Elise Randolph's alliance moved into the Amarr/Minmatar warzone. They hot dropped almost anything in site, camped with titans on gates, and effectively shut down any capital engagements between the Amarr and the Minmatar. Some people argue that if cynojamming were possible they could protect themselves in these instances.

However, since hot dropping usually occurs by most null-sec groups onto FW capital engagements, it stands to reason that if the system in cynojammed, these engagements will not be able to take place anyway...

Also, there are a few interesting questions that come to mind, both from the idea of nullsec alliance involvement in FW, as well as Elise's threat.

Should Faction War affect neutrals within FW systems? Should it be more risky (even for neutrals) to have supply chains through active warzones?

Should FW in general affect null sec operations? Should some sort of system be set up so that null-sec alliances must diplomat for easier passage through FW sovereign space? Or does this open up a can of worms that FW pilots don't want to deal with?

In the Minutes, Elise threatens to "put people" into FW to "ruin things" for FW pilots. Would a system that encourages outside influences to get involved in FW politics positively or negatively affect FW, and in what ways? I can see both benefits and detriments to having a bigger impact on the lives of 'the others.'

While a lot of the arguments given by various people are good, I think that there are a few other considerations, as well as a few nagging questions that must be raised.

First, should cynojamming really be a 'FW' thing? Or are we only considering implementing it this way due to the fact that in low-sec, FW pilots are the only ones that can take sovereignty?

Since capitals can move around in all of low-sec, should there not be some way for low-sec pilots in general to prevent these cynos? Is it unsandboxy of us to have something in the game (ie: low-sec hot drops) that is completely unavoidable except through refusing to fight altogether?

Is a cynojammer in FW as a system upgrade the only option that we have, or is there a better solution that would work for all interested parties?

Will a cyno jammer even be useful enough for people to use it in FW? Or will it be seen as more of a liability?

Many Ways to Skin a Cat

Another option to the cynojammer in general, would be to introduce a module to the game that prevents pilots from lighting cynos. They would have a bubbled-area of effect similar to a HIC bubble, and could be only used on HICs. (Another options is that instead of preventing the cyno it 'jams' the signal, preventing people from jumping to it. However, this could make drops extremely risky if a HIC is on field.)


1. Instead of making cynojammers a 'FW' thing, available only in certain parts of low-sec, the module could be used for a number of purposes all across all of low-sec and elsewhere.

2. The 'bubble' could protect an 'engagement' from being hot dropped on. Or, it could force an enemy to rethink ranges, and/or where the placement of the cyno is. This could be useful in many different kinds of engagements, and could provide a myriad of options for strategic game play in many venues in EVE.

3. Neutrals would be unaffected unless they were attempting to get involved in some combat way. With an area of effect jamming, others passing through the system would go unhindered. (I'm still unsure whether or not we should care whether they are hindered or not...?)

3. It would give people in low-sec a reason to fly the HIC. Currently, the ship is nearly worthless in low-sec except to point super capitals, which is not something that is needed in low-sec very, very often.

What do you think? What other ideas can you think of, or do you like the cynojammer idea as-is?

What do you think the role of capitals in Faction War should be, if any?