Galdornae: Interview with a Killer 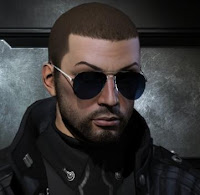 The nice thing about interviewing someone you know, is that you can go beyond generalities and ask some of the more interesting questions.

I have flown with Galdornae for well over a year and a half now, in three separate corporations. He is well known for his leroy attitude, his affinity for solo pvp, and his willingness to always fight outnumbered and outgunned.

Shalee Lianne did a really good job interviewing Galdornae several weeks ago. You can read it here.

In the new interview below, Gald delves more deeply into what it takes to be a good solo pilot, a good fc as well as sharing some ‘insights’ about several militia pilots.

According to Battleclinic, you have over 4,000 kills. Would you say this is a pretty good estimate? How many of those kills would you say are solo kills?

"BC does a decent job of pulling kills from eve-kill and stuff, so that's probably pretty close. It's really hard to judge exactly how many are solo, but if I had to guess I'd say somewhere between 500-800 of those are solo, with most of the rest being small gang."


What was the biggest thing you killed solo?

"I've killed several BS solo, but I guess technically the "biggest" would be from my stints of killing highsec missioners. I got a neutral Golem kill by getting him to agress my scan frigate after can-flipping his mission, then returning with a neuting torp scorp. Then when I briefly went Jalmon before ruining my sec I got a militia war target Navy Apoc in Sasoutikh with a phoon. Those aren't really examples of quality pvp, but at far as fanciest solo kills I suppose they're it."


A lot of people say that solo/small gang pvp has gotten harder over the years due to changes in the game. Would you agree with this? What are some things you think have impacted this?

"I guess overall small gang pvp has gotten a little scarcer. More people playing the game is a factor in this. Another reason for this though, is that those who are less successful in this setting tend to join larger and larger groups where less and less skill is needed."


What is your opinion about CCP’s recent release of Captain’s Quarters, vanity store, etc? Has it affected your gameplay at all? What do you forsee happening with suture releases?

"Useless shit patch. At least the PI patch gave me a new scorpion with a spinney thing on it. This one just gave a lagtastic room to disable, and now I get to stare at a door. Oh and I can't drag ships to the background to activate them. For those of us who were used to activating our ships that way, that's a bitch. The vanity store is just another example of how ccp is far more focused on profit than on making a good gaming experience. I suppose, to be fair, they're a company, their goal is to earn money, but that doesn't mean I have to be happy about it." 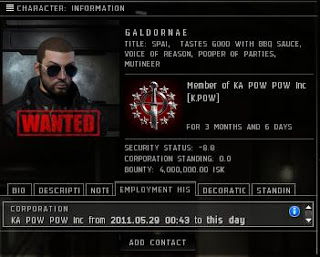 What was the most fun battle that you were ever in?

"That's actually a pretty hard question, as I've had a lot of good fights over the years. Certainly the most memorable was the Locus-Latenite Kamela Fight. Not that I have to tell you about that though Susan.

Other fights have been fun because of the lol-factor, like the Locus RR-punisher fleets, or ganking t2 and faction frigates with a gank blackbird. Overall though, the best fun for your money probably comes from battlecruisers, and the good hard-hitting fights they get into with each other."


If you can recall, tell about a time when you killed something you shouldn’t have been able to kill. (IE: a bs from your cruiser, etc.)

"I've had my fair share of these sort of kills over the years, but I think the best has to be the dramiel I killed with a stiletto.  Long range dram at zero plus my AB/web/scram/td/armor/gank stiletto = dead dramiel. Whoops."


You haven’t always been a pirate. What made you decide to finally go -10. Was the transition hard? Did people look at you or treat you differently?

"For a while I didn’t want to go flashy so I could have free access to highsec, but with my alt now trained up a bit and corp members who have big ships that move stuffs, I wasn’t too worried about that aspect. When it comes down to it, it’s just more fun when you can shoot anything and everything. I’ve always kinda played with a bit of that attitude, but now I don’t have to worry about it at all. People do treat me differently now. They shoot me more, which is great, cause then I get to shoot them back without gateguns. In the face."


You call general militia members ‘scrubs.’ What are some of the dumbest things you’ve seen general militia do? Are there any specific people/corps you find particularly annoying/scrubby? Why?

"Well first off, I call them scrubs because they are. This is a verifiable fact. Dumbest things? Well I guess I have to give a shout out to my good buddy Undertovv (or Tovvy, as I call him). He has, by far, the worst fits I’ve ever seen and will defend them against all comers until the bitter end. Natural this leads to a great deal of trolltastic hilarity."


If there was one single person you could kick out of any militia, who would it be any why?

"Probably Cryloud, for how enthusiastically and profusely he lives up to his character name."


Who is the best FC you have ever flown under, and why?

"I’ll always remember being a noob fresh into Amarr Militia and flying with Wraithstorm. He was a decent FC, but mostly it was just the attitude of having a stupid-good time." 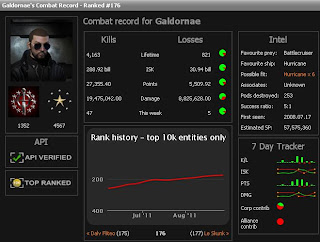 Who is the worst?


What qualities, in your opinion, makes a good fc?

"There’s a lot of people out there will the skills to FC well. Extensive knowledge of the game, tactics, quick thinking on your feet, willingness to engage and knowledge of your enemy are important.

Probably the biggest thing that separates most of these people from the really steady successful FCs though is having the patience to actually deal with it all on a regular basis. That’s the reason you see general militia or “scrubfleet” FCs cycle in and out so much over time.

It takes a huge amount of patience to round up the militia scrubs. Even just organizing people who individually know what they’re doing into a fleet and running takes a lot of mental energy though."


What qualities, in your opinion, make the best pvpers?

"Practice, willingness to get blown up, good knowledge of how to fly your ship and the abilities of other ships."


If you could recruit one person into your corporation who isn’t already there, who would it be and why?

"Ka Pow Pow needs no one else. We are complete. Um, but maybe Dake Darkstalker if he ever re-subs, cause he’s a certified eve badass."


What would you do with a trillion ISK?