A 13 Supercapital Knight in Shining Armor 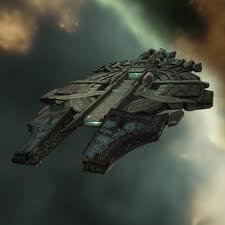 Last night showed how deeply our recent wins against the Amarr have truly affected them.

They began gathering a sizeable battleship fleet. We knew right away that they planned to drop carriers on us, as they had no logistics (which is uncharacteristic for them) and their known capital pilots were hanging out docked.

We knew it could easily go south, but we decided to bite. It has been nearly a week since they gave us a decent fight and that did not end in their favor, as you can read in my previous article, The Bloodbath.
We didn’t waste time, but formed fleet, got pilots ready and jumped into the fray. We dropped 2 capitals immediately and they soon followed with their own capitals.

It was turning out to be a pretty even fight, despite their ridiculous number of Abbadons. Galdornae, a corpy, made the correct decision to light the cyno nearly 30k away from them, so their plans to neut out our capitals was instantly thwarted.

The first capital, an archon, was neuted dry by our own neuting ships, within seconds. He was called primary, and he was quickly running home in a pod.

As we were killing him, the Amarr received additional capital support by dropping in several dreads. We instantly began work on neuting them out as well. Now, we were outnumbered, capitalwise, but still kept the upper hand.

Suddenly, without warning (they actually came through the Amarr Militia’s cyno) we saw a local spike. 13 neutral super carriers appeared on the field, capitaled by –A-. Now, what was a huge null sec alliance doing jumping through a militia cyno into low-sec?

We knew that our capitals would die at that point and it was a mad dash to get everyone out that could get out. We lost two carriers in the fray, and many battleships.

A desperate move by the Amarr that truly showed they cannot handle us in any sort of even fight without neutral backup. The fight was in their favor before the hotdrop, and yet they had to cry out to a null sec blobfest to come save them.

They fear us. We control their home systems, and we dominate their inferior pvp capabilities.

Who is the master, and who is the slave now? Call in every friend and acquaintance you've got, peons, and try to stop us.