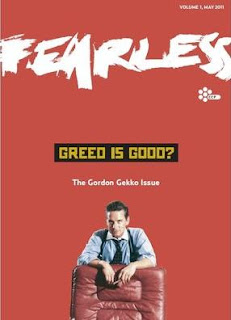 As a developer in real life, I follow a lot of techie/programming blogs in addition to the gaming blogs I read. Imagine my surprise and amusement when one of these blogs spits out an article about Eve Online!

Written completely from a non-player point of view, this post was really interesting and went into some technical details about the recent player uprisings, as well providing a link to a supposed ‘leaked’ CCP internal document --"Greed is Good" that I had never heard of before.

Though I know vaguely of some of the protests that happened after Captain’s Quarters, I didn’t realize how involved some of the ‘revolt’ was. Forrest Smith states that “Players revolted by staging mass in-game protests flooding systems and attacking popular trade hubs.”

I’m not entirely sure how they pulled off attacking popular trade hubs successfully with CONCORD sniffing around, but I’m sure he’s referring to people smartbombing, or shuttle spamming.

Smith goes on to explain some game mechanics, though some of his information is a little old. For example, he states a titan as costing 120 billion ISK, when in reality you can get the hull for much, much cheaper now. (I suppose a complete, faction fit titan might cost that much, though I believe he was just referring to hulls in that portion of the article.)

Smith’s primary conclusion was that “CCP launched the vanity store too early.” This might be true, but I think there are some other things at stake. Smith does a good job of fleshing out the problems with the pricing of these ‘vanity items.’However, I think that the main issue was that CCP is trying to be like everyone else.

A lot of the people who play the game a lot, play because the game is NOT like all the other games. It’s more complicated, with a much higher learning curve. My personal opinion is that throwing in a ‘vanity’ store somewhat cheapens the content of the game. Unlike the addition of the tech 3 ship and wormholes, which added another level of complexity to the game, adding ‘vanity’ products is simply put: dumb and useless.