The Lucky Ares and Milkweed 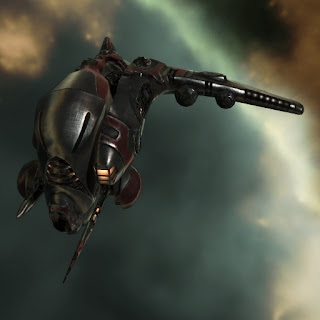 I never fly Ares. In fact, I rarely fly frigates of any kind. The only reason I fly this one…with it’s catalyzed something or other and short range point, is because a corpmate gave it to me for a frigate roam. Needless to say I’m happy to jump into it when the fleet is slim pickings, we need to move fast, need a tackler, or I assume we’re going on an op where only pods will return. (Or all of the above.)

A few nights ago, I joined up with a small corp gang as they were roaming around. Of course, nothing had been killed yet because most fleets were too large and the gang would safe up, or too small and the target would run away. Needless to say, most targets were too large for us. Some nights, I’m pretty sure we wouldn’t be able to kill a shuttle if it sat afk on a gate for us. And, my Ares has the dps of a limp, headless, feathered chicken. And not even a frozen one.

But, enough complaining and back to the story. We were roaming around, hiding from things when a blue gang jumped in. They had dps, we had tackle so we decided to join forces. Oh how I love joining forces with random blues…or even neutrals as I have done on occasion.

We jumped into their fleet and switched over to their voice coms, and things got a whole lot more interesting. The FC had such a thick accent we could barely understand him. However, he seemed smart enough…and enthusiastic enough, so we went along.

I first started laughing when my corpmates and I (in corp chat of course, not fleet chat) started arguing over what nationality he was. I argued that he sounded like the blonde kid on the new Star Trek movie. Another said German. I think we finally settled on French after listening to him a while. Wow, we must be really bad with accents, as I don’t think German and French sound that much alike. (Or Russian for that matter.)
Needless to say, we asked him to repeat things a number of times…especially gate names and the like. The time I really lost it was during his very serious command to ‘scoot’ to the gate. At first I was confused…was this a new strategy? Some sort of new way to scare the enemy? No, he just meant to get to the gate as quickly as possible. Scoot!

After that, every little thing set me off, from his repeatedly telling us to ‘orbeet’ the gate, to the fact that we all died (except for me and one other guy) to 2 guys. Granted, it was a thanatos and an Armageddon…and we were a gang of 10 with serious battlecruiser support and some random tackle. We fail horribly, I’m afraid, but we all stayed to the death. (I made it out with 40% hull, and a whole fleet of fighters running after me.) The whole thing was just hilarious, and I nearly wet myself laughing so hard. I’d rather die and have fun than kill a hundred and be bored out of my mind---any day!