Myth #1 If they’re alone, they must be bait.
Truth #1 There are actually quite a few solo pvpers out there. Though it is good to be careful of hot drops and ‘bait,’ it is silly to run from every fight because you think it might end in a hot drop. You might as well just spin your ships in station. 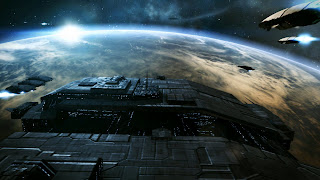 Myth #2 Caldari ships stink for pvp.
Truth #2 I’ve heard this tons of times. Though Caldari vessels are frequently used in carebear activities, I’ve seen some pretty awesome pvp stunts done in a variety of Caldari ships. Falcons can make or break small gang engagements, and drakes are great for roaming around low-sec. Sometimes, it’s the pilot that is deficient…not the ship. (Though the pilot would never admit that of course.)

Myth #3 The more sp you have, the better pvper you are.
Truth #3  I have seen fairly new players do some great solo pvp work, while some of the older players spin there ships in stations and argue about theory and ship fittings. It’s more about the attitude and the will to fight…and not always about the skills. (And usually, only one of those issues can be fixed in the long run.)

Myth #4 The more kills you have, the better pvper you are.
Truth #4 Stats can mean a lot of things. What they don’t necessarily mean is how you are as an individual pilot. Roaming around in large blobby gangs, targeting what your FC tells you to from the safety of your blob does not make you a very good pvper, though it may get you some killmails.

Myth #5 You must have an FC, and a gang in order to pvp.
Truth #5 For starters, although solo pvp isn’t as easy these days, it’s not completely extinct. Also, you don’t necessarily need to have an FC or someone running the show to run around with a few people.

Myth #6 The more losses you have, the worse pvper you are.
Truth #6 I know a lot of excellent pvpers with many losses. Sometimes, all losses mean is that a pilot is willing to take chances, fight against odds, and/or not willing to back down.