SKTLANDFILL: A CEO From TEST Alliance On Leadership, Change and Big Alliance Politics

As we have all seen in our EVE careers, corporations come and go. They thrive for a while, die, get disbanded, get rebord, or simply fade away. Many pilots jump into leadership with grand plans, not realizing the dedication and work it takes to be a successful EVE CEO. Others, simply give up due to lack of motivation, lack of new ideas, or lack of involvement from other corporation members. 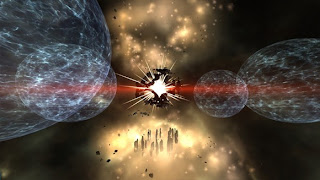 Over three years ago, I was introduced to a small corporation with big plans, and curiously, they are still chugging away to this day. Unlike many other corporations, their plans and goals are starting to come into fruition. Their membership has increased significantly, their leadership has welcomed new directions and new blood, and their capacity for pvp and production has increased. In addition, they went from being part of a no-name, inconsequential alliance to being a member of one of the most powerful alliances in EVE today.

SKTLANDFILL, CEO of JSR1 AND GOLDEN GUARDIAN PRODUCTIONS [JSR1]--a member corporation of Test Alliance Please Ignore, sat down with me this week to discuss leadership, change, and big alliance politics:

As a CEO for a Test Alliance Corporstion, what are some of your responsibilities?

"As a CEO my roles in the alliance are not too much as we are a dictatorship, bus as a player I am one of the capital FCs, and a member of the little directorate that Test does have." 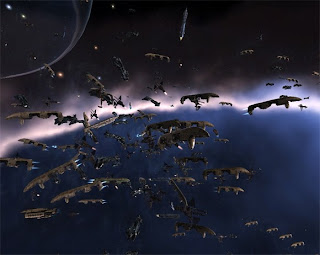 Why did your corporation join Test?

"Being in the NC for years, we wanted to try something new with the Goons and Test. The NC was all about serious internet spaceships, no talking in local with reds or neuts, no trash talk, no scamming...etc. That was the main thing for us: we got tired of the rank and file orders of the NC and wanted to start having fun again."


What is the best part of your corporation and alliance?

"The best part of our corp/alliances is the free will we have to play the game. We don't call CTAs, our membership comes because we make it fun and exciting. We set goals--what we want to achieve--even if it is just going to a nearby hostile 0.0 and anchoring SBUs to get fights, or deploying to Fountain to kill Bob II which was definitely the highlight of anything we did."


What is the most challenging part of being a CEO? Do you enjoy being in leadership?

"The most challenging part of being a CEO is making all your members happy at once. As leadership, we do a lot of things that the general members may not be happy with at all times, but it is something we do to better our corporation. And then, there is recruitment...with so many people wanting to get into awox, or spy, there is a lot of work that goes into background checks. I have a leadership mentality in real life, so being a CEO comes naturally to me." 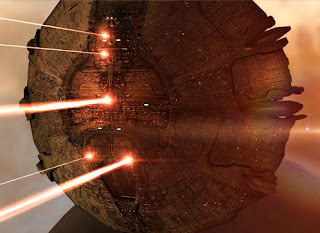 Your alliance recently reset the Northern Coalition. What are your comments on this development? How does this decision affects your corporation?

"Yes, our reset of the GREAT NC...About time?

The NC has been a shell of itself for a long time. They were in trouble before TCF disbanded but failed to change their approach. Yes, people will say, 'Test, you would not be in Fountain today if it wasn't for the NC helping you grind out the sov.' But, that is all they did was help grind sov for us. As far as fighting, there was only one battle that they showed up for where they dropped in their cap fleet alongside Test and Goons where we killed 2 IT titans and 3 SC. Some may say that was the deciding factor in the way, but I didn't seem there...Hell...camping 6VDT for a week straight."


What words of advice would you give to a new CEO, or someone in a leadership position?

"Dictatorship. Your directors are there to help you in bringing all the fact to light, but in the end, make the choice and stand by it. If you hold a directorship, it causes nothing but problems and massive sperging. People need someone to direct them in this game. If you have dead leadership, or leadership that can't make choices, your corp/alliances will die. Just ask Vuk Lu. Hell, he lost an entire coalition that way."


If you could change one thing in EVE, what would it be?

I was watching the alliance tourney today and CCP Soundwave was asked about how he sees Empire vs. Sov. His response was that he would like to see empire and sov more dependent on one another, and empire more depending on sov than sov is on empire. However, CCP just nerfed the hell out of sov and gave a HUGE buff to empire and their missions. Sov is what makes this game, not empire. The entire "sandbox" propoganda comes from ull sec not empire. People want fights...not running lvl 4 missions in 14 billion ISK golems.