ReallyDeadKenny: A Chat with a DICE / NC. Interdictor Pilot

It's been nearly two years since I flew with a crazy, adrenaline junkie pilot with a natural inclination toward 'interdicting.' While many pilots aspire toward the heavy dps, or heavy tanking ships, ReallyDeadKenny gravitated toward the interdictor as his primary means of death and mayhem.

My strongest memories of him are jumping into fleets of hundreds...popping bubbles over and over again to tackle enemy combatants in the heat of battle. If he accidentally got caught, it was okay. He always brought a few extras that the titan pilot could spit out for him.

Since then, RDK has taken substantial time off from EVE, as well as changed directions several times with corporation/alliance. In the following discussion, he gives some anecdotes about his best (and worst) times in EVE, his plans for the future, as well as some sage advice for aspiring interdictor pilots.

Tell me a little about yourself. What got you interested in EVE? How long ago did you start playing?

"My first year of college, as a computer science major at Michigan Tech, some people in the dorm played the game, which got me somewhat interested. Then, eventually, when even more people started playing I decided to give it the 15 day trial and see how I liked it.

Eventually most of my real life friends stopped playing, so I went out and started trying out 0.0, and here I am." 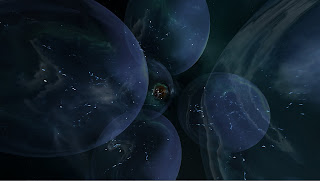 "It's fun making an entire fleet sit down and get killed. They are fast and maneuverable--really quite fun to fly."

Approximately how many interdictors have you lost?

What was the craziest thing you ever did in EVE?

"Died to rats on a gate.
Seriously.
I'd been sitting on the gate for around an hour and a half, had to go afk for a biobreak, so I moved 50km off and cloaked. Rats spawned on me, decloaked me, and killed me before my fleet could save me, and I walked into the room just in time to see myself enter structure. A few people laughed at me a bit that time.

I also had a bubble on that goon titan that died in fountain within a couple seconds of the first tackle, but he never tried to warp in it, so I never got on the KM. It was a hastily fit dictor, so I didn't have a mod to grab aggression. 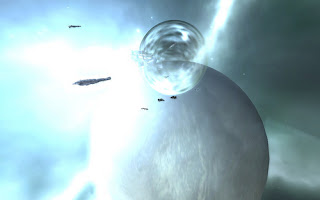 As far as crazy stuff that works? Well, basically everything you do, and are supposed to do is crazy. Warping in a low EHP ship that will be the primary target of the entire enemy fleet, right into the middle of them, with maybe a 20% chance of living for more than 2 seconds after you drop a bubble is probably not the most sane thing you can do with ~30million isk, but it sure is fun.

Every time an FC says to “Get a bubble on that (insert the current FC's favorite profanity here... it tends to vary a bit) fleet now!” it tends to give you a bit of a rush, because you know it's almost certainly suicide to do so sometimes. "

Do you have any other interesting EVE stories? What was your favorite 'EVE' moment?

The whole Immensea and Wicked Creek campaigns in Aggression. were awesome, up until the failcascade at the end. Although the second half of the Immensea campaign was straight POS bashing, at least it was looser comms then, so you could have a bit of fun still.

Getting a T3 kill shortly after they came out, during the first largish roaming gang I FC'd was also fairly fun. It definitely taught me the irritation some FCs experience, when I kept saying on comms 'warp to planet 1 at 0' over and over again, and people still kept asking for a warpin. Then when it died someone asked on comms "Why wouldn't anyone give me a warpin? I missed out on the killmail now!" I literally laughed out loud. 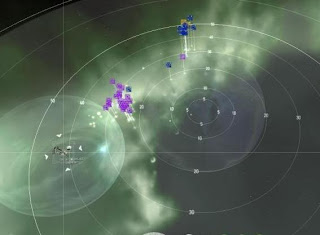 Have you had any embarrassing moments in EVE? If so explain.

That dictor on that gate. I really don't think a lot of explanation is needed here.

Explain your role within your current corp/alliance. What do you think of them? Are they good pvpers? Any weird quirks?

Just another pilot at the moment. DICE is an awesome corp, and NC. a good alliance. The PVP is great, and listening to Vince and Sort rage on comms provides a bit of entertainment during ops, since it hasn't been directed at me (yet... I'm sure a day will come).

What ship are you currently training for? What are your plans for the future?

Capitals and Minmatar BS guns are my next things on the list.
Capitals mostly because I want to be able to move myself, and I want to get in on the 'carriers jump through and kill x supercap' ops. Minmatar BS guns because apparently in the year I was inactive the megathron became useless.

Do you have any advice for aspiring dictor pilots? Any 'What not to do' stories?

Although I bought most of my own, without reimbursement, up until around the 30ish one I lost, it's definitely better on your wallet if you find a corp or alliance that reimburses them.

Learn how to get warp ins on stuff. If possible, get your own covops alt with probes, otherwise, keep wrecks on overview, and on brackets. If you see someone get podded in the middle of the enemy fleet, switch to a corpse overview, bookmark their corpse, and warp in to the bookmark. Get used to making lots of bookmarks around everything, a few hundred kilometers in every direction.

You want to bubble and get out, so being able to have a place to warp out to, and then back to the fight from, without having to worry about bubbles being in that direction, between you and the point is invaluable – so make those points in every direction, so somewhere is safe.