If I Were an FC 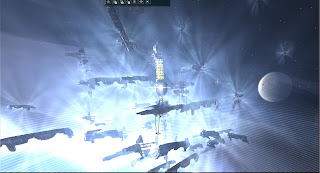 FCs get burned out for a variety of reasons. Often times, it is because they are the only ones (or one of the only ones) taking this responsibility in their corporation and after a while it gets old. Heaven forbid that FCs should want to come home from work, relax, and play a little Eve without every Joe and Jane asking for a fleet then failing horribly at bringing the correct ships, listening, and/or performing common sense maneuvers.

Or you could take the example of the following video, which is pretty accurate when describing a 'fleet up.' (Created by Faife from Aggression. Alliance (RIP) a long time ago.)

At any rate, after some complaining from some fcs in my alliance who seem to fc all the time, I decided that as soon as I get back from vacation, I'd try my hand at it again. Granted, I've fced before.

Once, I led a valiant little group of militia....militants. But, that will be a story for another time. ;)

At any rate, there are a few things I think I'd like to incorporate into fleets. Obviously, there are the usual...keeping coms under control, having scouts, etc. I wont insult your intelligence. But if (or when) I FC, I think I would want to think about the following:

1. ENGAGE. The biggest pet peeve I have for FCs is when they wont engage due to (being outnumbered, it's a trap, they have a cyno, it's a hot drop, we wont catch them, their super cap pilots are online, being outnumbered....they have cooties....etc.
Obviously, there are legitimate times to run away. However, sometimes I'd rather die and take them down with me and have fun, then roam around killing nothing all night.

2. Move Fast. I think this is one of the big mistakes FCs make. They move too cautiously, looking at all the angles giving the enemy a chance to prepare a counterattack, or get into better positions. Sometimes you need to scout it out, jump on it, and kill it up....as quickly as possible. They may have 100 next door...or a cyno...but that's what aligning is for. 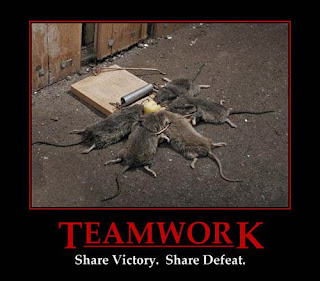 3. ENGAGE. Okay, so I might be a little kamikaze and leroy people into seemingly outrageous situations. Having had experience in a previous corp with taking on larger numbers with the odds against you...I also know that a lot of it is how well your fleet is willing to follow you. I remember days we would follow our FC into literal disaster situations and come out blazing on the other side. (I might talk about a specific time, someday.) However, if your fleet is somewhat untrusting or scared, you'll have people warping off to get safe, hesitating, etc...and it really will be a mess.

4. ENGAGE. Okay, so I admit I have a problem. I really just like shooting stuff and cant stand watching a perfectly good fleet pass by without at least taking pop shots at it.

At any rate, my fleet will either learn to love or hate me. If it's the latter, I'll humbly stand aside and go back to being a lemming (and closet sadist).