Go to Prison...and Play World of Warcraft All Day 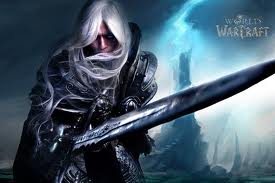 I recently read in a news article that in Chinese prisons, prisoners are forced to play World of Warcraft in the evenings and make a certain 'quota' of in-game currency.

To some American teenagers, this would be a dream come true.

However, there are a lot of other interesting things to consider about this. For instance, when does it all become a little too much? I obviously like gaming...a lot. However, there seems to be an entire community of gamers out there that are completely obsessed, and allow gaming to take over their entire lives. The fact that this article claims that "1.65 billion worth of virtual currencies was traded in China in 2008" tells me that some gamers are taking things to a whole new level.

Secondly, the entire idea of virtual currency and virtual black markets is completely fascinating and something I research here and there in my free time. I would not be surprised if the numbers quoted in the article for 2008 have at least doubled if not tripled by now. The idea that a company can make billions of dollars for items that don't actual exist is bizarre and disturbing.

At any rate, it's a good thing they don't force WOW labor in American prisons...or we'd probably see the crime rate in adolescent boys go up significantly. =D