Lord of Ultima: A Quick Overview of the RT Browser Game

Due to being somewhat bored of Eve, and having explored most of the free areas of LOTRO, I've been experimenting with some other games, one of those being Lord of Ultima, a simple, real time browser game. I found a pretty interesting alliance, and so far have found the game to be pretty interesting.

The game is all from a third person perspective, the primary objective to build your city, start new cities, and conquer enemies. There are many strategies that can be taken as far as how to set up cities, who to ally with, how to provide defenses to your cities and how to best accomplish offensive actions.


Your primary city view shows you a birds eye view of resources and buildings you've built around those resources. 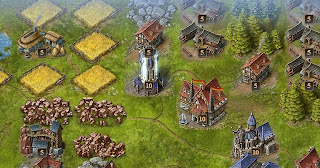 You can also view your city based on the region you are with nearby cities, dungeons and rivers/oceans, or on a continent level. 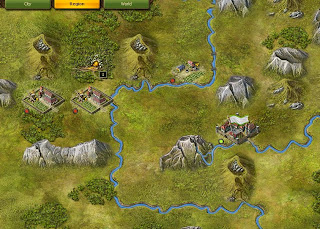 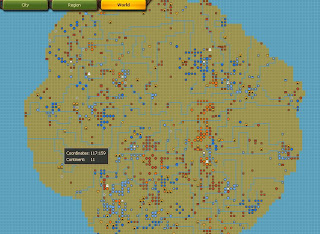 It's definately a different type of game then I am used to playing. However, I find that it's kinda fun to be able to spend five minutes checking it, (instead of waiting around for 5 hours for something fun to happen, as in Eve Online)
Also, similar to Eve (and unlike other games where you have to 'grind' in order to level up) you can set things up in a Queue and have your cities improve as you sleep.

Email ThisBlogThis!Share to TwitterShare to FacebookShare to Pinterest
Labels: Lord of Ultima