EveOnline: How to Catch a Spy

You all know that they are out there, that they cause frustration, unwanted drama, and are in general annoying.

Having been in both larger 0.0 corporations, and smaller, low-sec pvp corporations, I've been exposed to many different ways of preventing, finding, and dealing with spies.

I could now go into my laundry list of "Ten Ways to Catch a Spy." However, I'm assuming most of you are intelligent enough to know the common sense approaches, so I will focus instead on less conventional approaches I have experienced in the past. 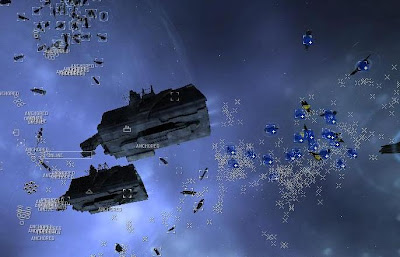 1. If you know you have a spy, use that information to your benefit. Even after going through all safety measures, checking APIs, checking out who's in fleet during the time of information leakage, etc., you still might not be able to detect who is spying. In fact, there is no method that is 100% effective of finding all spies. If a spy is dedicated enough, he will be smart enough to get through all the loops. 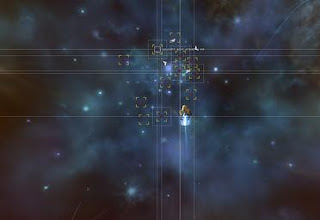 How We Used a Spy to Doomsday a Large Fleet:
When I was in a medium/largish alliance out in 0.0 about a year or two ago, back when doomsdays still affected a radius around the ship instead of one target, we ran into a situation where a spy leaked information regarding passwords to POSes holding alliance titans.
It was in a very volatile system that we were attempting to take over (the poses were for logistics and safety) so there were constant skirmishes and hundreds of hostiles in system at a given time.
During a particularly hard battle that was not going well for our side, (we had retreated to our pos) imagine our surprise when several hundred hostile ships warped straight inside our POS shields and began attempting to bump us out?
Instead of panicking, our FC very calmly instructed everyone to warp away...anywhere away. Planets, belts, just get out for now.
Then, the titan arrived, the password was reset, and as hundreds of little red ships went flying out of the shields, a doomsday was let loose, and the pos shield was smeared with hundreds of hostile wrecks in the blink of an eye.
Instead of allowing 'spying' to cripple us, it was used positively as a way of putting our own interests forward.

2. Eliminate drama for spies. I think that the drama spies cause is usually worse, and more damaging then any information they might gather. In most cases, spies are more in it for the 'kicks' then they are for actually finding any information about you! They just want to laugh at you, and share stupid things you say with their mates. (Sometimes with good reason.)
So, be cool, dont panic. Dont allow long dramatic conversations about spying to go on in corp. Eliminate fuel for their fires.

One corp I was in was so cool about spying, that a spy we had (and knew about) admitted he was a spy because he decided we were a better corp then the one he was spying for. (We still kicked him out and blew him up camped him in station, and trolled him in local.) 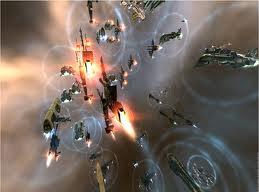 3. Reach the point where you dont care about spies. For larger corporations with large assets this is hard to do. However, if you limit certain knowledge to trusted leaders, it's easy to reach that point among your general population. (If one of your trusted leaders is a spy, you have other issues I'm afraid)

One corp I was in was so confident (and rightly so) about their pvp capabilities that they openly welcomed any and all spying for the direct purpose of getting more fights. They WANTED the enemy to know where they were, what they had, what they were up to. They wanted a fight, even if it meant dealing with larger, heavier numbers.

Even for manufacturing corps/wormhole corps, etc. If you are prepared as you should be, setup, and know what you are doing, spies cant really hurt you that much.

In closing,
I will say it again. The single worse things spies can do to you and your corporation is cause drama. Eliminate the drama. Have your leadership (while taking things seriously on the inside) present an unconcerned approach. Dont allow your members to run wild with rumors.

And, I will make a brief observation that most people wont like. Dont go overboard with anti-spy stuff. During the recruitment process, if I find that a corp seems more concerned about spying then usual, I tend to gain the impression that they stink at pvp.