Guest Post: I’m A Blobber (And So Can You) 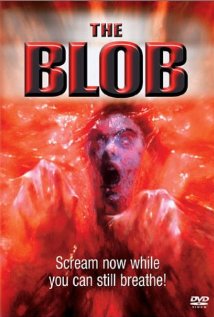 But what is a blob?

Did you bring battlecruisers to fight cruisers? That’s a blob!

Did you bring a falcon? That’s a blob!

Did you attack a bigger force of larger ships and win using skill, strategy, and guts? That’s a... um… well I hate to break it to you, but you still might be a blobber. The term is thrown around so much these days that it comes very freely in any case of rage, smack, or just general bitching in local. It’s very easy to see a situation where you lost, ran, or just plain got spooked as a case of the other side blobbing.

So what IS a blob?

A blob is what the other side brought when you lost or ran. It doesn’t really matter what they had, what you had, how many they had, or how many you had. If it feels like a blob, it’s a blob!

Did your 2 cruisers kill a battlecruiser? You're a blobber!

Did your battlecruiser kill 4 cruisers? You're a blobber!

Did your rifter kill a zealot? You're a blobber!

Did your 7 man gang in cruiser hulls make the 10 man gang in BC and BS shit themselves and run, leaving 2 of their number to die? That’s a blob!


Your mom eating a burrito? That’s a blob!