Why I'm Voting for Hans Jagerblitzen 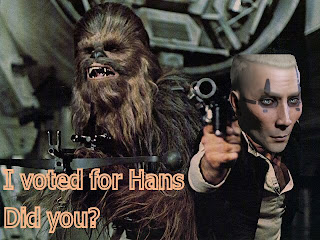 I'm a little ADD, which is why I was a little rude to Hans Jagerblitzen when I saw his 23 page platform document. Not to mention the long candidacy forum post, and yadda yadda yadda.

"Hans, can't you just give me the 'this is what I think in five short sentences or less' version?" I asked him once in-game. He was very obliging, quickly summarizing his main points--something I could easily read over while we were camping an Amarrian home system out-gate.

Shortly after, the 'Save the Pirates' video was born--mostly as a way for others to get the gist of his platform without taking the time to read his novel. I do not take ownership of any of his views (I agree and disagree with him on various specifics) but I hope I was able to capture some of the 'epicness' of how he writes sometimes--as if you're reading the script to a Braveheart-like movie with an axe man running around screaming "Freeeedooom!"

While I had always planned to vote for Hans, considering he was in my alliance, I did do my research to make sure he wasn't a complete idiot. (Voting for someone and publicly endorsing them are two very different things.)

Except for the fact that I found out he mines ice on the side, most of what I found was good stuff. No, I'm not going to go into analytical details about why I'm endorsing/voting for him, or why I'm not voting for other people. You can read those TLDR posts elsewhere. In my mind, it's pretty simple:

1. He listens, and he's been listening, and discussing, and arguing, and pushing, and exploring ideas, and building community for months. He's not just another candidate who pretends to listen during campaign time to make you vote for them.

2. He's passionate about the game and is a part of the playerbase he intends to represent. There is no bitter vet irony in him, no superior political ego. He's the guy in fleet sitting next to you in a battlecruiser on the gate you're both camping --not an AFK politician sitting in his lofty grand office, rubbing his hands over his latest grand scheme.

3. He represent a broad base. He's not just pushing wardecs, supercapital nerfs or some small political agenda. He has discussed everything from faction war and low-sec piracy, to high-sec mining. He represents a lot of voices in the player base that will make the CSM a more diverse team.

4. He has thick skin, and deals well with controversy. I was somewhat shocked when pvper and writer Corelin wrote a rather disparaging post about Hans, even going so far as calling him a bigot. While my first response was to troll the obvious idiocy of the guy's claims, Hans took it all in stride. Not only did Corelin end up going back on his previous sentiments, he recently out rightly endorsed Hans, publicly stating that he had voted for him.

Hans is a community builder, and even the rantings of his critics doesn't sway him from having a discussion about game mechanics with people who would be his 'enemies.'

5. He's open -- both to new ideas and about sharing his opinions. There is no political runaround, or redtape in dealing with him. He's not married to any single idea, or to specifics, but is interested in making the game better, period -- for all types of players. 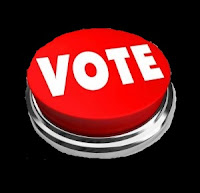 
Other Endorsements for Hans Jagerblitzen: