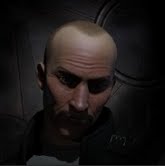 Many new players that read up on EVE Online assume that because they have low skill points that they will be useless in the game and won't even be able to PVP. I also thought this for a long time but recently I've given EVE Online a serious go. Minmatar is the race of my choosing and I've only got 1.2 million skills points, about 3 weeks worth of training. My current ship of choice is a Rifter fitted with 3, 150mm Auto Cannons, 1 After Burner, a warp scrambler, cap booster with cap booster 75's, a 200mm armor plate, damage control and small armor repairer. I'm basically fit for solo but at the same time the ship works just fine in fleet.

The Noob Strikes Back
Now, back to the "low skills point players are useless" part. Just a few days ago I joined a "friend of a friends" faction warfare corp. Actually, GamerChick recommended me to a friend who invited me, thanks GamerChick!! My first night out on a roam I bring my Rifter out. We're roaming around Old Man Star looking for pirates and war targets to shoot. I scanned out a legion at a station and warped to the station and sure enough, a nice juicy Legion (worth about a Billion ISK or so I was told) was sitting on station. I called in the  target on Voice Comms and asked for a better bait ship. Our FC sent in a Brutix which helped me "bait" the Legion into attacking us. At this point we had a Legion and a Macharial on our overview. I had the Legion locked and ready to scram in case he aggressed. Next thing you know I see a "Legion has started to warp scramble Brutix" message or something similar on my screen, I knew the Legion had aggressed so I called it in, "Legion has Aggressed, say again, Legion has aggressed". The Fleet Commander then called in the order "Fleet Jump and warp to Buck, Warp to Buck, primary is Legion". I had just hunted down and killed a ship worth 999,999,000ISK more than my little ship. It felt good to get a good kill like that on my first day out and all it took was reading some of the EVE wiki and the advanced combat tutorials to help me out. For my awesome noobness the fleet gave me a Darkblood Medium Armor repairer worth over 100mil ISK on the market. Now I can buy about 100 Rifters.

The Noob Hunting Wolf
The Legion kill was awesome but this story was much more exciting for me. Just last night I was out with some of the same people roaming the same general area. I kept hearing in fleet to warp to the sun as an "emergency out" so I decided to site at 0 on the Sun and stay aligned to a gate. I had a wolf on long range scanners so I decided to stay put at the sun in hopes he'd scan me out. Next thing I know he shows up on my overview 100KM away. "He's definitely checking me out" I said to myself. I informed my Fleet Commander that I had a possible war target and asked for fleet to stand bye. He gave the order "Fleet Standbye for warp to Buck". We waited and waited and waited.....I reminded fleet that I would have about 2 minutes before the wolf would break my hull and to stay alert. Next thing I know the wolf is landing RIGHT ON TOP of me, locking and shooting me. I lock back and scram him, his Micro Warp Drive turns off and I tear through his shield. I call it in "FC, Wolf is scrammed Wolf is scrammed". FC ordered fleet to "warp to buck warp to buck, primary is the Wolf". My shield are gone, the wolfs shields are gone. He breaks into my armor but my armor repair is keeping up. I got him almost half way into armor. I think he's passive fit. Then a merlin warps in an starts helping the wolf. My armors goes down to 10% but my repper is still holding them both off. I call it in "Armor at 10%". I get a friendly reply "coming out of warp now hang in  there Buck". Then I hear what I've been waiting to hear "Wolf scrammed get out if you can Buck". I was able to warp off with 30% structure left and we got a nice 40mil ISK kill. Super exciting too! Not bad for a 3 week old noob.

In Conclusion
It really does go to show that new pilots in EVE online can not only have fun, but a lot of fun and be very useful. My ship setup with insurance will lose me a NET of about 100K ISK so I know for a fact new players can afford the same ship type and setup as mine. Cheap ships, great for new pilots and fleets love tacklers. If you are new to EVE, find an active corporation to fly with and you'll have a blast.