Roaming around null sec, you often get to witness funny things. Tonight, a small group of alliance members (about 3 of us) jumped through a wormhole into space 50+ jumps from our home to do some roaming. Unusually, our fast pilot happened upon a Tengu sitting outside his pos shields in one system. We thought it was a bit odd, but didn't have enough tank to take on the pos guns and the tengu, so we moved on. 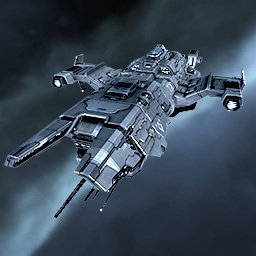 After dying a rather quick death to circumstances I dont feel like repeating, we jumped into somewhat bigger ships and headed back. Interestingly enough, our scout went to check on the tengu and sure enough, he was still there...this time with two bomber pilots seemingly attacking him.

At first, we thought maybe they were friendlies, testing his tank. However, the two pilots were from decidedly different corporations than the Tengu....(The tengu was a Goonswarm Federation pilot, and the bombers were NC. and Sniggwaffe. Also, the bombers were continuously cloaking to avoid pos aggro. 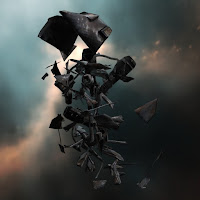 After another short roam (we did not all die this time) our scout went to see what was going on, and sure enough the Tengu was dead.

It's not every day you see two bombers kill a tengu at a hostile pos. Hats of to the pilots. May I never go afk outside pos shields with them nearby.